We introduce Kristiine as one of the Thialf Academy athletes 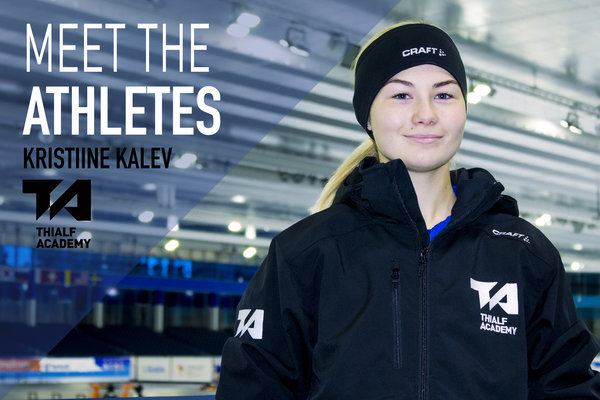 Kristiine is a 20 year old girl from Estonia who is born and raised in Tallinn. Kristiine lives an active life, she played several sports growing up.
When Kristiine turned 13 years old she first started inline skating. When she was about 14 years old Kristiine challenged herself to make a transition into ice skating. As there is no ice stadium in Estiona, Kristiine went to Belarus at the age of 16 where she could train and prepare for the Junior World Cups.
Nowadays, Kristiine is used to race long distances within inline skating (such like marathons) but she also sees herself as a sprinter. To quote Kristiine ‘I like all distances but it really depends on the day’.
Kristiine joined the Thialf Academy because of the most optimal training conditions on and off the ice. Her goal is to skate at the highest level because one day she wants to represent her country at the World Cups. At the Thialf Academy we see Kristiine’s willingness, she keeps pushing herself to the next level. When we ask her what’s the most important thing she’s learned so far Kristiine has to say:  ‘I’ve learned to never give up, youalways fight yourself to the finish!’
Back to overview

© 2021 The Thialf Academy is an initiative of Thialf

Or copy this link